feel free and listen with me

this is a list of my favorite bands
and songs at the moment. i hope you
find something that you like

this page will be updated from time
to time, so check back if you want


Beautiful, you're beautiful
As beautiful as the sky
Wonderful, it's wonderful
To know that you're just like I


See them hunting, creeping, sneaking
Breeding fear and loathing with the lies they're speaking
The knife, the gun, broken bottle, petrol bomb
There is no future when the past soon come.


Oh, God I'm beautiful
Oh, God I'm wonderful
I'm marvelous, intelligent
So why doesn't that make me feel better?
I need some more
I need someone who's insecure
I don't care who you are
(Controlling you makes me better)


I'll be god today, hold my head under that bath and breathe away
Slit my wrists and watch that blood evaporate
Being this godly can't be good for Ana's safety
Ana hear me


You're ruining my life day by day
The butterflies you give me are literally making me nauseous
This is disgusting, like seriously dude?
What do you think you're doing?
You're like way older than me and you're gross
And I don't wanna do that


Look at you needing me
You know I'm not your friend without some greenery
Walk in wearing fetters
Peter should know better
Your cover up is caving in
Man is such a fool
Why are we saving him?
Poisoning themselves now
Begging for our help, wow!


My world is unaffected
There is an exit here, I say it is and it's true
There is a dream inside a dream
I'm wide awake the more I sleep
You'll understand when I'm dead


baby, you have to pay in this way or another
in this life or the next
for as long as we've known each other
you've been playing this game with death


I have this dream that I am hitting my dad with a baseball bat
And he is screaming and crying for help
And maybe halfway through, it has more to do with me killing him
Than it ever did protecting myself
And I believe that yeah, Dad, maybe no one is perfect
But I believe that you are pushing your luck
It just sucks it played out like this, a terrible movie
You can tell none of the actors even give a fuck


I know you're already dead
Never wanted to bring you back to life
Only wanted to go down there with you
My funeral boy, my funeral boy


Ooh, don't you find it strange?
Only thing we share is one last name
Did I beat you at your own game?
Typical of me to put us all to shame


Johnny, there's still time
Together I know, we'd go so far
I'll tell uncle Rocco
To call off the guys with the crowbars


The truth is I am a toy that people enjoy
'Til all of the tricks don't work anymore
And then they are bored of me
I know that it's exciting
Running through the night, but
Every perfect summer's
Eating me alive until you're gone
Better on my own


We're the nobodies
Wanna be somebodies
When we're dead,
They'll know just who we are


Hunger hurts, and I want him
So bad, oh it kills
'Cause I know I'm a mess he don't wanna clean up
I got to fold 'cause these hands are too shaky to hold
Hunger hurts, but starving works
When it costs... too much to love


Music had nothing to do with my final decision
I just really wanted somebody to come pay me attention
But nobody would listen, but stuffed animals that I had
Since I was a kid but I'm growing up so they missin'
I didn't mean to hurt anybody I'm sorry
I wouldn't hurt a fly or consider joining the army
I'm hardly ever angry, Roger Rabbit framed me
Momma I'm the same fucking kid that you made see?
I don't wanna go to jail I just wanna go home
And I want those fucking kids at school to just leave me alone
And I, I hear helicopters make them dip
I'm fucking reloaded I told you all that I ain't takin' shit
You better backup before this mac starts to lift up
I'll pump it like my inhaler when asthma begin to act up
The difference between us and our class is tan khakis
I got 99 problems and all of them is being happy


I want you to stop insisting that I'm not a lost cause
'Cause I've been through a lot
Really all I've got is just to stay pissed off
If it's all right by you
But hearts are breaking, and wars are raging on
And I have taken my glasses off
You got me nervous
I'm right at the end of my rope
A half empty girl
Don't make me laugh, I'll choke


If you've been waiting for fallin' in love
Babe, you don't have to wait on me
'Cause I've been aiming for heaven above
But an angel ain't what I need


I'm not your toy (Not your toy)
You stupid boy (Stupid boy)
I'll take you down now, make you watch
We're dancing with my dolls on the motha-bucka beat


Politicians hide themselves away
They only started the war
Why should they go out to fight?
They leave that role for the poor, yeah 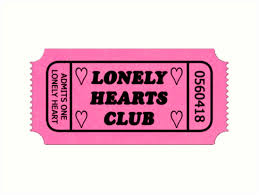